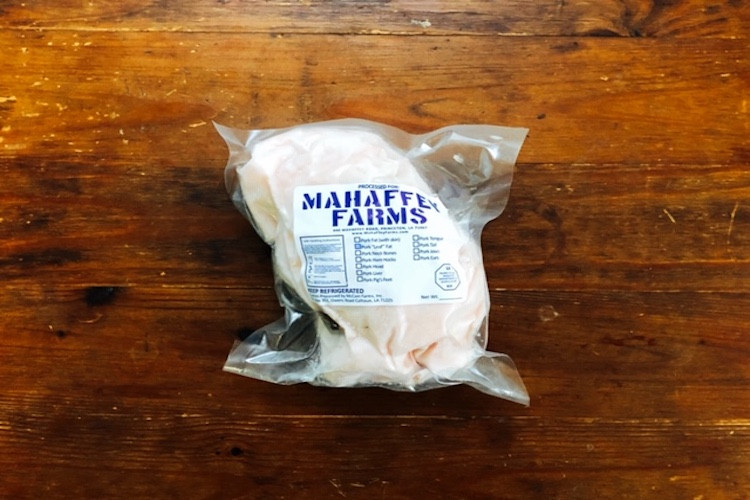 Render your own lard from this premium fat!  Lard from pastured pigs is celebrating a resurgence in popularity as folks are recognizing it as the healthy alternative to hydrogenated shortening.  Lard is high in vitamin D and monounsaturated fat. Lard can be used for cooking, baking or making your own soap!